Wishing Everyone a Very Pleasant Shavuos

Have been very busy preparing for renewing my wedding vows with HKB"H, and so I bring you a very nice piece from vosizneias. Also, Rabbi YY Jacobson from Yeshiva.net gave a shiur on What we ask of life; What life asks of us. Enjoy both and posting resumes after Shavuos. 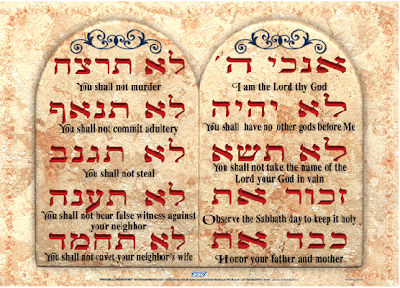 What significant moment from Jewish history is celebrated on Shavuot? The giving of the Torah, right? Wrong.
Unlike other holidays such as Pesach and Sukkot, the Torah does not assign a historical significance to Shavuot. In Pesach’s case the Torah tells us “On this day I took you out of Egypt” (Shmot 12:17). In Sukkot’s case, the Torah tells us we dwell in Sukkot “because I had the Israelites dwell in booths when I took them out of Egypt” (Vayikra 23:43).
Rabbi Joshua ibn Shu’ib pointedly reminds us that the Torah never says “Celebrate a holiday of Shavuot for on that day I gave you the Torah.” We know that Rosh Hashana is a “day of truah” (sounding the shofar), and Yom Kippur is a “day of forgiveness,” but Shavuot is considered “zman matan torateinu” — the general time frame of the giving of the Torah, but not “yom matan torateinu” — the day of the giving of the Torah.

One can argue that Pesach and Sukkot are also called “zman” something, such as the time of our freedom (Pesach) and the time of our rejoicing (sukkot). They also are not called “Yom” –– the “day” of these celebrations. But the difference between these two holidays and Shavuot is that they are each spread over a seven-day period, which by default can not be defined as a single “day of” our freedom or rejoicing.

One reason why Shavuot can never be called the “day of” anything is because Shavuot does not celebrate a historical event. In the Torah it is depicted only as an agricultural holiday. In Shmot 23:16 it is called “Chag Hakatzir” –– the holiday of harvest. In Shmot 34:22 it is called “Shavuot,” as the acts of harvest and bringing first fruits are mentioned. In Vayikra 23, the holiday isn’t even called by name, but is set in the context of Sefirat Ha’Omer, in that the 50th day, also known as the day after the completion of seven full weeks, is the day of the holiday. (Devarim 16 has a similar context, as it calls the holiday Shavuot as well). Finally, in Bamidbar 28:26 the holiday is called “Yom Habikkurim” –– the day of the first fruits.

So why is the connection to the giving of the Torah so ensconced in our heads? Obviously we do not live in an agricultural society, nor do we live in Israel, so perhaps we needed to develop an additional significance to this holiday. If not for some deeper symbolism, that is, in our own hearts we would have difficulty understanding the need for this holiday at all.
There are two Talmudic passages that can shed light on our quandary.

But there is some connection. It is the same season. In some cases Shavuot will fall out on the day of the giving of the Torah. The Minchat Yitzchak notes how the seven weeks of sefira parallel the seven preparatory days a woman takes before going to the mikvah. We count as she counts, and like the bride awaiting her chupah, the Jewish people prepared to bind themselves to G-d forever at Sinai. These connections, plus the coincidence of the calendar put Shavuot and a celebration of the receiving of the Torah into the same ballpark.

So why doesn’t the Torah give us the date of “matan Torah”?

Rashi says in Shmot 19:1 “Because the Torah should be new to us every day, as if it were given today.” We can not limit our celebration of the Torah to one night and day of the year. It is a constant gift, with no time limits and no set dates.
Posted by Neshama at 5:54 PM