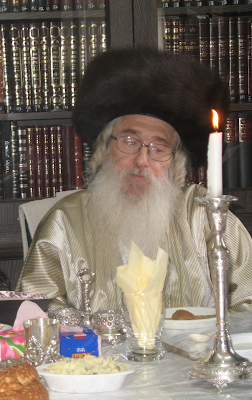 Despite over 40 minutes of rescue efforts on the scene, Hatzalah responders could not restore Rav Bransdorfer’s breathing and heartbeat, and a MDA doctor who later arrived at the scene declared Rav Bransdorfer no longer alive. The Rav had apparently collapsed of serious heart failure. Rav Bransdorfer was the head of the Eida HaChareidis’ Shechita Committee. He was born in Belgium 74 years ago, and was considered one of the poskei hador.

YeshivaWorldNews: regrets to inform you of the sudden Petira of Hagon Rav Meir Bransdorfer ZATZAL, a member of the Badatz Eidah Chareidis for many years, & the Dayan in Toldos Avrohom Yitzchok. Sources tell YWN that his family called Hatzolah after he collapsed, and emergency personnel worked on him for close to one hour. A large crowd gathered to say Tehillim outside his home on Rechov Shivtei Yisroel, and the Gavad Eidah Chareidis arrived as well. Tehiilim was recited in many Batei Midrashim in the area before he was Niftar….

Photos at Yeshiva World
Posted by Neshama at 5:28 AM