Because I liked the Birds 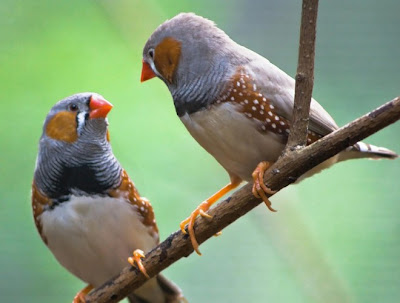 Culture May Be Encoded in DNA
Zebra finches, which normally learn their complex courtship songs from their fathers, spontaneously developed the same songs all on their own after only a few generations.

“We found that in this case, the culture was pretty much encoded in the genome,” said Partha Mitra of Cold Spring Harbor Laboratory in New York, co-author of a study in Nature on Sunday.

Birds transmit their songs through social interactions, as humans do for languages, dances, cuisine and other cultural elements. Though birds and humans have clearly followed different evolutionary paths, birdsong culture can still inform theories of human culture.

If you want to read the rest of the interesting article [with singing MP3s], please visit WIRED SCIENCE