For Those So Blind They Cannot See!

None so deaf as those that will not hear.
None so blind as those that will not see.
Mathew Henry (late 17- early 18th C)
[...They] "only wanted 100 people at the dinner. Those 100 where deeply investigated. A whole area of 5 kilometers was secure 2 days before. The area contains [the] Hotel, Museo de Antropologia and los Pinos, the official house of the president... The whole area was fumigated and extensible revised, they paint the signals put new flowers on street etc... and fumigated. "

[...] "If it's a bio-weapon it's an extremely weak one. They have weaponized Ebola, weaponized hemorragic fever, smallpox, etc. Those bioweapons spread like wildfire and leave you bleeding or blistering explosively to death within hours, not the sniffles or a trip to the ER for some tamiflu. HaShem willing this flu will not be like the 1918 Spanish flu. That flu killed 50 million and it wasn't weaponized by the New World Order"  See Obama, Swine Flu and a message from Mexico

Kuwaiti Professor
Calls to Attack U.S.
Nafisi also suggests that Muslims pray for the success of white supremacist groups that seek to carry out attacks within the U.S. In addition, Nafisi attacks those in the Arab world who he perceives as traitors, to laughter and applause from his audience. Among those in the Arab world who should be silenced using “any means possible” are journalists who oppose terrorism, anyone who supports dialogue with Jews, and senior Palestinian Authority officials Saeb Erekat and Mahmoud Dahlan, Nafisi says.

One group that has won Nafisi's support is Hamas. According to Nafisi, Hamas' virtue is made clear by the fact that its politicians are personally involved in attacking Israel. Another group Nafisi praises is Hizbullah, which he claims has advanced weapons laboratories and even exports weapons to eastern Europe. 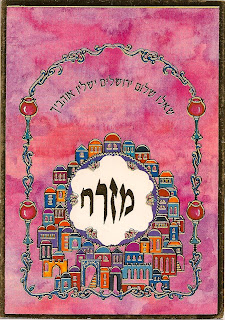 For those who hear, and those who see:
"There is a tradition that, at the time of the arrival of Moshiach, wonderful things will happen for Jews everywhere. On the actual day that they arrive from the Diaspora … the walls of Jerusalem will be replaced. It will also be the day of the re-building of the Temple, which will be built from exquisite stones and gems. Once the dead are resurrected, they will become transformed and will have very lofty natures. However, the same type of transformation will occur for the … Jews who remained alive [in Eretz Yisroel], and their bodies will be like that of Adam HaRishon before his sin, and like that of Moshe Rabbeinu. They will become so spiritual that they will be able to fly like eagles, which will astound the redeemed exiles. Upon witnessing this, the Diaspora Jews will become upset, and they will complain to Moshiach, Are we not Jews like them? Why do they merit to fly and live in an elevated spiritual state, and not us? However, Moshiach will answer them, “It is quite well known that God works measure-for-measure. Those who lived in the Diaspora and made efforts and sacrifices to elevate themselves by moving to the Holy Land merited purity of soul. They were not so concerned about their finances and health. They traveled over vast lands and crossed seas, not paying attention to the possibilities of drowning, being robbed along the way, or being taken captive by some strange foreign ruler. Being that they placed priority of their spirit over materialism and physicality, they merit, measure-for-measure, to be elevated to this lofty spiritual plane. On the other hand, you who also had opportunities to go up to Israel, but remained hesitant and reluctant, enamored instead with your materialistic status, making materialism a higher priority than spiritual growth, therefore, measure-for-measure, remain physical … However, for those who valued their soul most, they will be transformed into supernal beings and will be led into the earthly Garden of Eden. (Tuv HaAretz: Praise Of Those Who Dwell In Israel At The Time Of Moshiach)"

"The Malbim implies something similar:
At the end of their exile, the oppression will be removed from them, and they will be joyous because they will be on the peak of the nations. The gentiles will give them honor and they will be their heads, instead of being disgraced and lowered amongst them as they were at first. Ya’akov will be the masses of the people, and the lesser amongst them; Yisroel are the great ones. The joyousness from being at the peak of the nations will be Ya’akov’s only, and not Yisroel’s, because they will want to return His Presence to Tzion. However, at that time they will “announce” and publicly proclaim, and “praise” God when they say, “O God, save Your [righteous] people, the remnant of Yisroel,” because they will want the true salvation of the ingathering of the exile and return to Tzion.
Then it will be like that, that God will return them: Behold, I will bring them … (Malbim, Yirmiyahu 31:6-8; q.v. v’Tzahalu B’Rosh HaGoyim)"
Quotes © 5769/2009 by Thirtysix.org and Rabbi Pinchas Winston 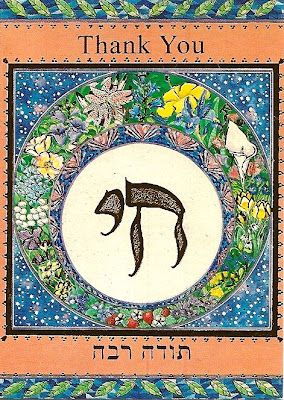