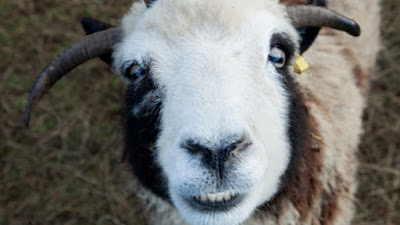 Jacob sheep trace their origins to the ancient Middle East. The sheep were sometimes kept as ornamental animals on British estates due to their spotted coats and their tendency toward multiple horns. Sheep usually have two horns, but Jacob sheep have four to six horns, including large curved horns that frame their face. They are also prized for their resistance to disease and the high quality of their fleece, though they do not produce a large amount of fleece.

Genetic markings for this breed date back at least a few thousand years. The journey for this breed of sheep began in ancient Syria (also the biblical home of Laban) and led through North Africa. Moorish invaders brought the breed to Spain, then to England, where the animal was something of a trophy sheep. A number were brought to North America, originally for zoos and then later for commercial use.


The breed received the name “Jacob sheep” based on Genesis Chapter 30, when Jacob talks about leaving Laban’s home and taking part of the flock as his payment for years of service. “I will pass through all thy flock today, removing from thence every speckled and spotted one, and every dark one among the sheep, and the spotted and speckled among the goats; and of such shall be my hire.” (Genesis 30:32) 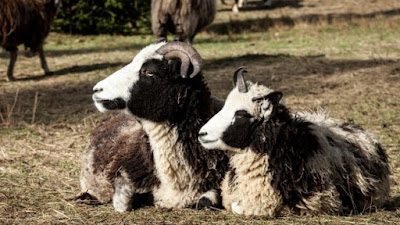 
Could the Following be Because of Yaakov Avinu's Kabalistic Breeding Methods:

In addition to their nomadic history, the sheep also have another uniquely Jewish characteristic: they suffer from Tay-Sachs disease, a genetic disorder that afflicts Ashkenazi Jews.

Tay-sachs disease comes from a narrow inbreeding of chromosomes, which is why the purebred sheep, which all originated from a small genetic pool, have a similar issue. The Lewinskys (Mr and Mrs. hope to import them) hope that doctors will study Jacobs sheep to understand more about how the disease afflicts people.

Today, there are just a few thousand Jacobs sheep worldwide, mostly on heritage farms in England and North America. The Lewinskys hope to establish the first heritage farm in Israel to raise Jacob sheep. They want to return to Israel and buy a farm in the Golan Heights, where the mineral-rich soil means they won’t have to provide supplemental minerals like farmers do for this sheep in other parts of the world.


There's more to read: Times of Israel, Biblical Sheep and Israeli Passport. (Not all Aliya is easy)
Posted by Neshama at 7:27 PM

WOw, that was so interesting. These sheep are gorgeous.

Thanks for this post. Nice diversion, we need it.