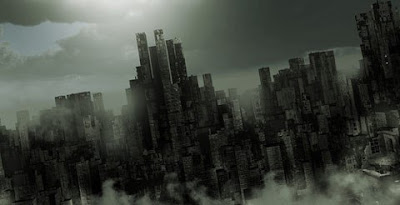 A series of subsequent power outages in Los Angeles, San Francisco, and New York City left commuters stranded and traffic backed up on Friday morning. Although the outages occurred around the same time, there is as of yet no evidence that they were connected by anything more than coincidence.

The first outage occurred at around 7:20 a.m. in New York, when the power went down at the 7th Avenue and 53rd Street subway station, which sent a shockwave of significant delays out from the hub and into the rest of the subway system. By 11:30 a.m. the city’s MTA confirmed that generators were running again in the station, although the New York subways were set to run delayed into the afternoon.

though given the current geo-political climate it is not out of the question to suggest a cyber attack could be to blame. It has also been suggested that the current outages could be the result of a secretive nuclear/EMP drill by the federal government.

[Gotham Shield] is a tabletop, joint agency exercise involving FEMA, Homeland Security and a myriad of law enforcement and military agencies. WMD, chemical and biological units will all be on hand as a response is tested for a “simulated” nuclear detonation over the United States’ foremost urban center

As we have previously reported, the entire national power grid has been mapped by adversaries of the United States and it is believed that sleep trojans or malware may exist within the computer systems that maintain the grid.

In a 2016 report it was noted that our entire way of life has been left vulnerable to saboteurs who could cause cascading blackouts across the United States for days or weeks at a time:

It isn’t just EMPs and natural disaster that poses a threat to the grid, but there is also the potential for attacks on individual power substations in the vast network of decentralized and largely unguarded power grid chain. A U.S. government study established that there would be “major, extended blackouts if more than three key substations were destroyed.”

Whether by criminals, looters, terrorists, gangs or pranksters, it would take very little to bring down the present system, and there is currently very little the system can do to protect against this wide open threat.


It is for this reason that we have long encouraged Americans to prepare for this potentially devastating scenario by considering emergency food reserves, clean water reserves and even home defense strategies in the event of a widespread outage. The majority of Americans have about 3 days worth of food in their pantry. Imagine for a moment what Day 4 might look like in any major city that goes dark.

Sources for the above have been taken directly from the following: ZeroHedge and shtfplan and DailySheeple

Postscript: I had read (somewhere) that “they” were planning a “drill” simulating a nuclear or otherwise attack over NYC. This could be the spontaneous “drill” which of course caught people by surprise and resulted in chaos and grief, bewilderment, and fear. While it will be denigrated, perhaps it is a good thing. To wake people out of their lethargy and "consumerism stupor.”

Yes, there is retribution. Yes this may be a way to show the “masses” that “something is coming” that might interrupt their way of life in America.

The WSO provides speculation of these massive power outages.

If you are wondering if Nibiru is getting closer, view this video: