If The Saudi Arabia Situation Doesn't Worry You, You're Not Paying Attention

While turbulent during the best of times, gigantic waves of change are now sweeping across the Middle East. The magnitude is such that the impact on the global price of oil, as well as world markets, is likely to be enormous.

A dramatic geo-political realignment by Saudi Arabia is in full swing this month. It’s upending many decades of established strategic relationships among the world's superpowers and, in particular, is throwing the Middle East into turmoil.

So much is currently in flux, especially in Saudi Arabia, that nearly anything can happen next. Which is precisely why this volatile situation should command our focused attention at this time.

The main elements currently in play are these:
Taken together, this is tectonic change happening at blazing speed. Read more at ZeroHedge


Add to the Above:

*US, RUSSIA COMMIT TO EXPELLING IRANIAN FORCES FROM ISRAELI-SYRIAN BORDER
Russia has committed to removing Iranian-backed forces from the border of the Golan Heights as part of a cease-fire agreement in southern Syria signed with the United States and Jordan, a senior State Department official said on Sunday. Prime Minister Benjamin Netanyahu suggested, meanwhile, that Israel would keep up its military strikes to prevent any cross-border attacks from Syria, telling the cabinet on Sunday: “We will take a very firm stance against anyone who tries to attack us or attacks us from any area. I mean any source: rogue factions, organizations – anyone.” JPost

*IRANIAN CLERIC THREATENS TO SHATTER SAUDI ARABIA’S TEETH. ArutzSheva
Khatami's comments come amid continuing tensions between Iran and Saudi Arabia, its regional rival. [Are they panicking or growling/roaring? – Wild black bears also don't stand on their hind feet when threatened, or bare their teeth - only trained bears will do that. Black bears rarely attack humans, but when they do (attack), there tend to be no dramatic warning signs. Brown bears (grizzlies) do roar]

*US BREAKS GROUND FOR NEW PERMANENT BASE IN ISRAEL DefenseNews
TEL AVIV, Israel — U.S. and Israeli officers broke ground in Israel on Monday for a permanent U.S. Army base that will house dozens of U.S. soldiers, operating under the American flag, and charged with the mission of defending against rocket and missile attack.

The American base, officers in Israel say, will be an independent facility co-located at the Israel Defense Forces Air Defense School in southern Israel, near the desert capital of Beersheba. Once completed, the base will house U.S. operational systems to identify and intercept a spectrum of aerial threats, along with barracks, recreational and other facilities required to support several dozen American air defenders. ...the IDFs Air Defense Command stood up a new Iron Dome battalion to enable the Jewish state to more equitably deploy active defenses along its northern as well as southern borders, where Israel faces growing threats from Lebanon and Gaza, respectively. [this is why Israel will not go to war in the next war]. 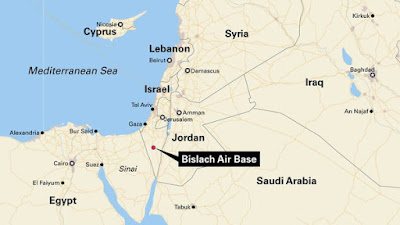 [And this takes place after the Blue Flag Exercise: Air forces from eight countries on Sunday kicked off the Blue Flag exercise in southern Israel — the largest aerial exercise ever held by the Israel Defense Forces.]

And of course we have the dissenters: Rex Tillerson, who does not share his Chief of Staff, President Trump, but bows to the US State Department. As one can read here JPost PressReader

Add the *above to the 3 major events summed up in this video. I was looking for this, and it seems they experienced a tech problem; however, I found it on Havahaaharona:
Reb Lazer Brody Emuna News
Posted by Neshama at 12:26 PM