Hitler said, I Hate the Jews, Because they Invented "the Conscience" 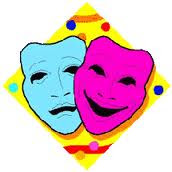 It is very difficult to resume the festivities of preparing for PURIM.

But thank you Rabbi Yosef Yitzchak Jacobson Shlit"a for writing the following essay on our collective Jewish suffering hearts on these days between Moshe Rabbeinu's yarzeit (Itamar) and the holiday of PURIM (Haman's decree to kill ALL the Jews).
Especially when we are witnessing the escalating momentum of the Geulah, as the nations of the world increase their evil toward the Jewish Nation, the People of G-d, His children.

The Glee in Murdering a Jewish Child
What Anti-Semitism Teaches Us about Jews
Rabbi YY Jacobson
Why did Haman, the Persian Prime Minister, want to annihilate all of the Jews?

The book of Esther tells the story: [1]
“All the king's servants at the king's gate kneeled and bowed before Haman, for so had the king commanded concerning him. But Mordechai would not kneel or bow. [2]

“The king's servants at the king's gate said to Mordechai, ‘Why do you transgress the King's command?’ Finally, when they had said this to him day after day and he did not listen to them, they informed Haman to see if Mordechai's words would endure, for he had told them that he [would never bow because he] was a Jew.
“When Haman saw that Mordechai would not kneel or bow before him, Haman was filled with wrath. He thought it contemptible to kill only Mordechai, for they had informed him of Mordechai's nation. Haman sought to annihilate all the Jews, the nation of Mordechai, throughout Achashveirosh's entire kingdom.”
Yet the logic seems flawed: Why did Haman want to murder Moredechai’s entire nation? If Mordechai was not bowing down to Haman, he should have plotted to kill Mordechai himself, or at most his colleagues, the spiritual leaders of the Jews. But why did Haman feel the urge to murder every single Jew in the 127 provinces of the Persian Empire just because one person, Mordechai, did not bow to him?
What is more: Many Jews who passed by Haman did indeed bow down to him. Thousands of Persian Jews were assimilated and did second guess the King’s instruction to kneel to Haman. [3] Mordechai was the exception. Why, then, did Haman crave revenge from every single Jew?

The Story of a Nation

The answer to this lay in the words of the Megilah: “But he [Haman] thought it contemptible to kill only Mordechai, for they had informed him of Mordechai's nation. Haman sought to annihilate all the Jews, the nation of Mordechai.”
What do these words—“they had informed him of Mordechai's nation”—mean? What exactly did they inform him about Mordechai’s nation? The issue here was that Mordechai himself was not bowing down to Haman; this outraged Haman. What does it have to do with Mordechai’s nation, some of them who were actually kneeling to Haman?

Yet it is these words which capture the core of the story. Haman felt that Mordechai’s opposition to him was not personal. It was not that Mordechai was too arrogant, too religious, or too intelligent to bow down to Haman. It is not that Mordechai’s towering personality or profound spirituality was causing him to shun Haman’s pompousness. If that would have been the case, Haman would have had Mordechai executed and life would move on. Rather, Haman sensed that Mordechai’s obstinacy was the result of him being part of a certain people, a specific, peculiar nation. Mordechai was a product of an entire nation, “the nation of Mordechai.” There was something about the entire Jewish nation which would not allow them to bow down to Haman.
And even when Haman saw that some Jews were bowing down to him, he felt that their prostration to him was disingenuous; these Jews were double-faced. The Jew, in Haman’s eyes, was “hopeless;” there was nothing to be done with the Jew. No amount of education or enlightenment could solve the “Jewish problem.” No amount of integration and assimilation could eliminate the stubborn quality of the Jew. Mordechai was not a lonely idealist; he was merely expressing publically the true innate nature of every single Jew, man, woman and child, who will never bow down to Haman for real.
Why, then, did some Jews bow down to him? To Haman that was a question or a revelation of their dishonesty. But it would not make him change his position on what a Jew is. Haman believed that the Jew, in his or her most inner being, could never truly accept Haman the Barbarian as his master and god.
Why? Because since Sinai, every Jewish soul, at its deepest core, experienced the presence of a living, moral G-d. And if G-d exists, moral law exists and there are limits to power and barbarism. (“I hate the Jews,” Hitler said, “because they invented the conscience.”) Haman, the ultimate arrogant barbarian power freak, knew that the presence of even a single Jew would paralyze his objectives.

Assimilation Does not Matter

This also explains why Mordechai kept on provoking Haman by refusing to bow down to him. [4] Why couldn’t Mordechai simply “disappear” when Haman was passing by? Why the need to continuously drive Haman mad and evoke his ire?
But Mordechai understood that for Haman, just as for all the Haman’s of history, it makes absolutely no difference if you bow down or you don’t. They will despise you regardless. Their hate to you stems from your very essence, not from your behavior. You may stand on your head all day in front of Haman, it will mean nothing. The problem is not what you are doing, but who you are.
Haman will look for the convenient excuse by accusing Mordechai of treason; but this is only a front to the true motive of his hatred—Haman sees in every Jew the ultimate enemy to his unbridled power and arrogance. To hide one’s identity in the hope of assuaging Haman’s hatred is futile. For even in the face of the tiny Jewish infant Haman saw the face of a living moral G-d. Destroying that face would equal, in Haman’s eyes, the destruction of G-d.
Gassing the Infant
We have seen in our own times how true this is. The most sophisticated, assimilated German Jew, who was more German than the Germans, who had Goethe and Schiller flowing from his lips, who was married to a blond blue-eyed Aryan woman, who knew every symphony of Mozart and Wagner, who was an avid student of Nietzsche and Schopenhauer—this Jew was sent to the Treblinka and Dachau gas chambers with the same glee as the OustJude—the ultra religious Chassidic Jew of the East, immersed day and night in the study of the our sacred texts and complete Jewish observance.
How can we understand this? The smallest, cutest, most adorable Jewish baby, incapable of harming a soul, incapable of harboring any political, territorial, religious or scientific positions, was clubbed to death with the same passion and brutality as the most productive, accomplished, learned, and respected Rebbe?
It is because Hitler saw every single Jew as part of “Am Mordechai,” the people of Mordechai. You may be bowing down to the founding fathers of German culture and philosophy, you may be kneeling to superstars of German’s heroes, but you are all of the “nation of Mordechai,” who would never bow down to Haman! The Haman of our own times saw in the visage of every Jewish child nothing less than the visage of G-d. Clubbing that little girl to death would finally kill G-d too.

Sometimes we must learn from the Haman’s of history, how to view a Jew in the proper light.
We often hear that some Jews are hopelessly assimilated and lost to our people; any outreach work toward them would be futile, they just don’t care. We give up on them. Sometimes we feel that a small number of Jews, a small community, does not justify the investment of money and outreach work.
But for Haman and Hitler— every single Jew, even the most secular and alienated Jew, was a living embodiment of G-d Himself, hence they would not spare any money or effort to seize that Jew and murder him. If Hitler would learn that there was a single Jewish child left behind in a Polish village, he would spare no toil to send the Gestapo and fetch that Jewish baby. Because, for him, even the presence of a single Jew, obstructed his path to happiness and fulfillment; even a single Jewish child was a living witness to G-d.
Can we, then, do any less? Can we come and say, “Some Jews are too just too far out there,” or “why should I work so hard to help a single person?” If a Jew is never too insignificant to be hunted down in hate, he is never too insignificant to be embraced with love.

The Solution for Anti-Semitism

Mordechai thus understood very well that assimilation is not the real answer to Anti-Semitism. The Anti-Semite sees something in the Jew which would not disappear with assimilation. The solution to Anti-Semitism is to fight back with every possible means, with tall heads, dignified spirits, and erect souls.
And to remember that our salivation will come ultimately from one source and one source only. As long as we remain connected with that source, we will never die. For just as G-d can’t be murdered, so will His people never be destroyed.
Finally, we must recall that the world looks at the Jew and sees G-d. Humanity looks to the Jew for moral courage, leadership and inspiration. The world is disappointed with Jews who try so hard to fit in and lose their unique contribution to civilization. They want to see in us the living presence of G-d.

(This essay is based on an address by the Lubavitcher Rebbe delivered on Purim 1966)
[1] Esther chapter 3.
[2] See Rashi Esther 3:2, 4, that Haman turned himself into a deity and as a Jew Mordechai was forbidden to bow down to him. Other Midrashim explain that Haman donned an idol.
[3] See Talmud Megilah 12b, Midrash Rabah Esther and Targum Shani about the state of the Jews at the time.
[4] The Megillah later relates (ch. 5) how Esther invited Haman to a special feast with the king. But “when Haman saw Mordechai at the king's gate and [Mordechai] neither rose nor trembled before him, Haman was filled with wrath against Mordechai. Haman restrained himself and went to his house and sent for his friends and his wife Zeresh. Haman told them of his glorious wealth and his many sons, and all about how the king had promoted and raised him above all the king's ministers and servants. Then Haman said: "In addition, along with the king, Queen Esther invited only me to the feast that she prepared. Tomorrow, too, I am invited to her [feast] along with the king. Yet all this is worthless to me whenever I see Mordechai the Jew sitting at the king's gate!"
Posted by Neshama at 8:31 AM