The Rambam and π – Some Information About π and a Recipe 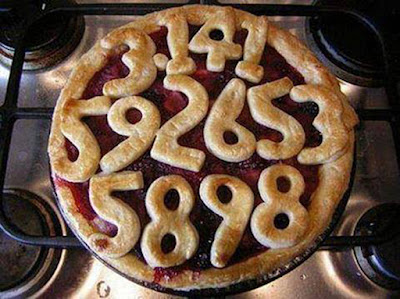 The Rambam [12C] described π as being an irrational number.

Various ancient Greek writers, including Hero, Eutocius, and Simplicius, understand the difficulty of finding an exact value for the ratio, and seem to realize the possibility of its being irrational; hence this


The fifth-century Indian mathematician Aryabhata wrote that “Add four to 100, multiply by eight and then add 62,000. By this rule the circumference of a circle of diameter 20,000 can be approached.” The 15th century commentator Nilakantha Somayaji interprets the original words as saying that not that is this an approximation, but that the value is irrational.

Then, at the turn of the ninth century, the Persian mathematician Muhammad Al-Khwarizmi notes that there are several different methods for calculating π  A marginal note (not sure when it was written) observes that "It is an approximation not a proof, and no one stands on the truth of this, and no one but Allah knows the true circumference of the circle, as the line is not straight and has no beginning and no end, we merely attempt to approximate and discover the root, but even the root has no definition as no one may know its exact value but Allah, and the best of these approximations that is to multiply the diameter by three and seventh as it is faster and simpler and only Allah might know it true."

The Muslim scholar Abu al-Rayhan al-Biruni, who lived from 973-1048, was familiar with Aryabhata's works. In The Encyclopedia of the History of Arabic Science, [Roshdi Rashed ed.], vol. 2, London/New York, 1996, p. 454), Boris Rosenfeld and Youschkevitch note that al-Biruni described π as irrational. In their discussion of medieval Arabic science, they further note that "...Arabic mathematicians repeatedly expressed their belief that the ratio of the length of a circumference to its diameter was irrational… Subsequent European mathematicians were also sure that π is irrational but only J. H. Lambert, a native of Alsace, in 1766 succeeded in proving this."

In light of all this, it can hardly be seen as surprising that, just as the early Greeks seem to have suspected and just as the early Indian and Muslim scholars were certain, Rambam was likewise certain that π is irrational.

Abū Rayḥān Muḥammad ibn Aḥmad Al-Bīrūnī is regarded as one of the greatest scholars of the medieval Islamic era and was well versed in physics, mathematics, astronomy, and natural sciences, and also distinguished himself as a historian, chronologist and linguist

J.H.Lambert and PROOF that π is Irrational