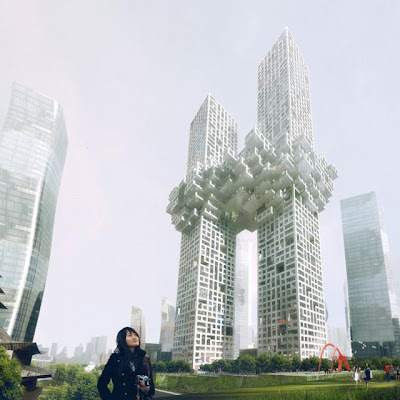 The planned luxury residential towers scheduled to be built in Seoul, South Korea, has a "Cloud" structural design at the 27th floor, which is clearly a depiction of the collapse of the Twin Towers. While many will find this offensive and in bad taste, look at the architectural creativity. 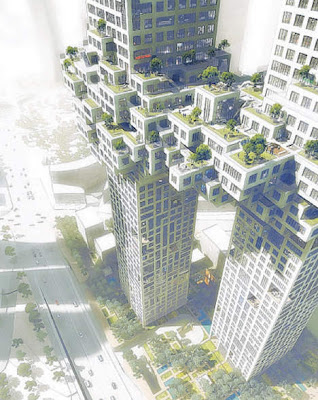 The Dutch architectural firm MVRDV initially denied the look-alike, but then admitted it to their own Dutch news reporter.
When viewed from this angle, it is an interesting concept that may just spread around the world as more buildings go 'up' and 'out' into space, to bring some greenery to upper floors and enhance livability. The shape of the window areas also look interesting. Maybe US builders should look into this. But first consider the possibility of 'earthquakes' or mis-guided airplanes.
Posted by Neshama at 7:36 PM