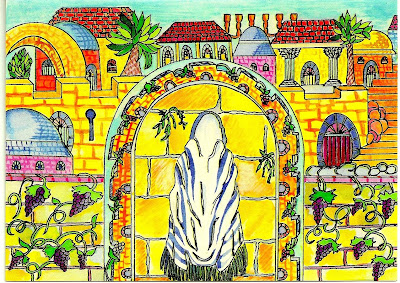 Tuesday:
SIVAN Tikkun - Sense: Walking
Walking as the sense of the month of Sivan is referring not only to physical walking but to the spiritual sense of progress or development. An individual who possesses a sense of walking has a particular keenness in moving forward and always striving for more. The Torah was given so that mankind could progress, and as such the Torah is the ultimate instrument of progress.
Each of the many laws that are learned from the 613 commandments of the Torah is called a halachah (הלכה ) in Hebrew, a word that stems from the same root as “walking” (הילוך ).
“The walkings of the world are His.” Since the word “walkings” (הליכות ) is almost identical to the word for laws of the Torah, halachot (הלכות ), the sages explain that one who studies the laws of the Torah, “the world is his,” referring to the World to Come.
The Torah gives us the power to progress, to move forward, by healing our psyches and by directing us in how to find and elevate the fallen sparks of Divinity that are scattered throughout our present reality.