TENNESSEE – 'It's the apocalypse’ URGENT UPDATE

URGENT UPDATE
Two Arab arsonists were captured on Tuesday while they were lighting fires next to the Atarot industrial zone in northern Jerusalem.
Dov Bar Lieb of endofdays blog, has this to say: Senator Bob Corker from Tennessee is being considered for Sec. of State by Donald Trump; and senior Senator from Tennessee, Lamar Alexander, also has a very pro-Israel voting record. So I can't draw a connection between these fires in Tennessee and the ones here in Israel at this time. This requires more thought. 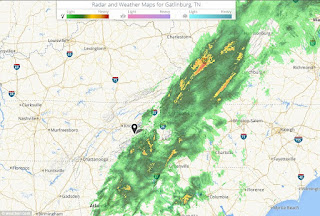 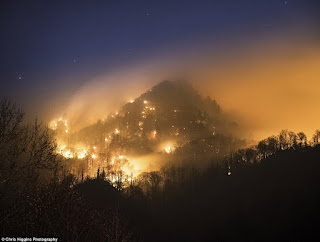 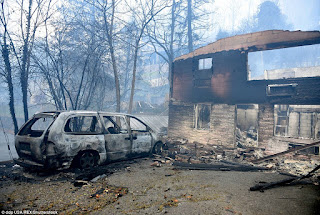 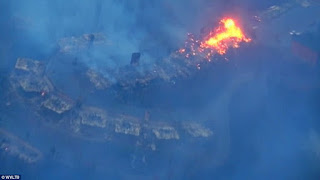 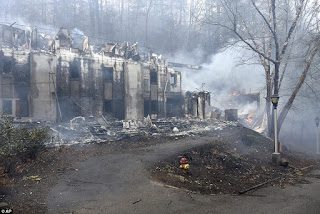 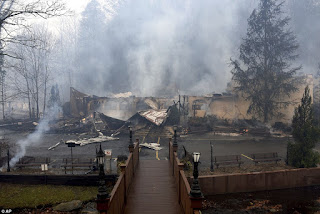 "'It's the apocalypse': Burned out remains of Gatlinburg after thousands flee resort Tennessee towns as massive wildfire destroys homes and hotels. More than 14,000 people have been forced to evacuate from resort towns of Gatlinburg and Pigeon Forge. Roughly 400 homes and structures were damaged, as there's 'little hope' for relief anytime soon. Four people suffered severe burns trying to evacuate and are hospitalized as no deaths have been reported. Westgate Resorts, a 16-story hotel and every cabin at Black Bear Falls is believed to have been destroyed. Schools in Green, McMinn and Sevier counties will are closed, and more than 12,000 people in Sevier County were without power as of early Tuesday morning.”   DailyMail


Gatlinburg Wildfires Force Evacuations: ‘It Was Like Driving Into Hell’

NASA Tracking Wildfires. A running account of the fires plaguing America over the last three (3) months and earlier.
Posted by Neshama at 11:42 AM