Jacob’s Sheep to Make Aliyah – Rav Vaknin says they MUST return for the GEULA ….REPOST


Rav Amram Vaknin
[…]  "has said that the Jacob Sheep must return to the Land of Israel to help with the Geula (redemption)!" according to the Lewinskys.
(I’m soooo happy)


Remember Rachel
that I posted in December 2015. Read more about this amazing venture. 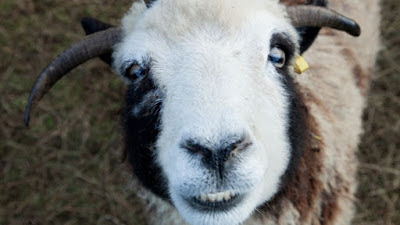 
They are the only animals in the world to have the biblical description of speckled skin, spots on their wool, and bands on their ankles and knees, the Lewinskys said in a crowdfunding campaign they launched for their organization, Friends of the Jacob Sheep.


The deal was brokered by Israel's embassy in Ottawa, which last month publicly offered its support to the effort. In February, Israel's ambassador to Canada, Rafael Barak, visited the family's farm in Abbotsford, about 40 miles east of Vancouver, and reportedly witnessed the birth of a lamb.

The flock currently consists of 113 animals — 18 adult rams, 62 adult ewes and the rest lambs. All will be settled on the Golan Heights.

The Lewinskys say the sheep are extinct in Israel.

They believe the animals came with Jacob through Canaan to Egypt, then with the Exodus to North Africa, and from there to Spain, England and then to North America.

"It will be the first time since biblical times that the Jacob sheep will be reintroduced to the land of Israel again," they said. 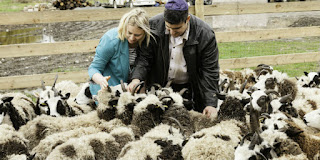 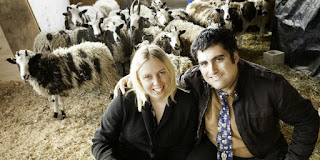 Thanks Yaak.
That Yalkut Reuveni is …….
Is that true? Could that really be?
Amazing. Never herd that before about any other animal.

It's also hinted to in Bereishit Rabba 73:6,8 and brought to light with the explanation of the Nezer Hakodesh on both 73:6 and 73:8.

This is truly remarkable.
I wonder what other simanim for the end of this Golus are just as unusual. The Wonders of Hashem never end –Ein Od Milvado

Makes sense to me, but even greater of importance is that ElAl make the effort to bring home all Jews who now want to come home, but without having to go through the insanities of today (chisounim & all the other tiruf). Any which way, that time will come.
Yaakov's sheep were special and Lavan wanted to steal that from him also. Lavan represents the umot of the world, but, of course, Yaakov/Yisrael wins because, imanu Kel!