PM Netanyahu is now on guard and being further squeezed from above. If things continue like this, we may just see all those estimations that are being discussed at Dov Bar Lieb's blog (be sure to read all the comments).


Ben Caspit captured a moment in his Bibi, Bennett (and Sara) at JPost.com:

"Who would have believed that young man with a kippa and a shy look would turn into a huge demon, a terrible threat for the one and only Binyamin Netanyahu?"

"Who would have believed that the prime minister’s well-hidden bureau chief, that young man with a kippa and a shy look, would turn into a huge demon, a terrible threat, a heavyweight rival of the one and only Binyamin Netanyahu? Nothing is left in this crazy campaign except Bibi versus Bennett. Not Shelly (Yacimovich), not Tzipi (Livni), not Yair (Lapid). Just Bennett." 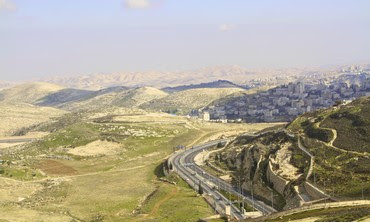 
Today, Sunday, the Mayor of Maaleh Adumim is urging the Prime Minister to sign the papers to begin the work on E-1 (continuum with Yerushalayim). "As of Saturday night, Kashriel told The Jerusalem Post that he was still waiting for Netanyahu’s signature to deposit the plans."

And the Prime Minister (reincarnate Shaul HaMelech, looking more and more obvious every day) continues to waver and pace back and forth in a state of panic and indecision, because this coming election looks more and more like a 'mini-revolution' in the making. Watch and see how the PM tries to unite the left so he can make a coalition (with Livni as Foreign Minister ugh!), to go against the people and against Bayit Yehudi and the future of Eretz Yisrael.

Meanwhile, one cannot ignore what the winds of change are bringing, especially as these coming pre-election days are heating up:

"Forecasters expect the coming week to be one of the rainiest in recent memory with some 100 millimeters of rain expected in central Israel and as much as 250mm. expected to fall in the North. Mount Hermon is also expected to see continued snowfall throughout the week. Melting snow from Mount Hermon and the Golan will add some 30 centimeters to Lake Kinneret, according to forecasts.The Israel Meteorological Service said that snow could fall in Jerusalem as well on Wednesday.

"Authorities warned the public to prepare for winds up to 100 km/h on Sunday evening, especially in coastal areas. The advised tying down or taking inside garden items that could be swept up in the wind."

And what other well laid plans of (wo)man might get swept up in the wind, as "man plans, and G-d laughs"?