Didn't take long for this headline to appear:

...Ayalon was shut down ...
...Train service from Hadera, northeast of Netanya, was cancelled ...
...Gale force winds ripped trees ...
"In a rare meteorological event for Israel, several weather fronts converged at once over the country." (this is what "Sandy" was called by US meteorologists)
...Snow already has piled up on the Hermon slopes ...
..."Snow may begin falling on Jerusalem at night, with colder temperatures making accumulations of up to five inches possible"

..."the Tel Aviv Municipality announced Tuesday it was preparing to evacuate residents for fear of floods in the city's southern and northern neighborhoods..."
..."...the water level measured at the HaShalom interchanged reached 40 centimeters" 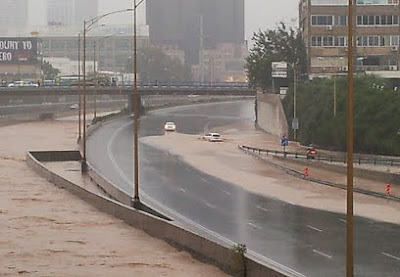 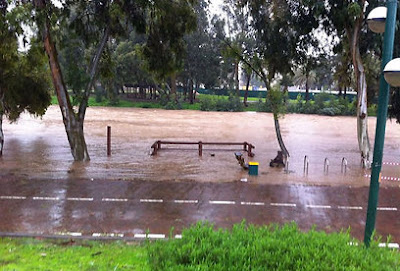 "The South is experiencing high air pollution levels due to the sand and dust storms created by the windy weather, the Environmental Protection Ministry warned. Areas of particular concern include the Negev, the Coastal Plain, the Shfela basin, Jerusalem and Judea, the ministry said."

"Sensitive populations – such as those with heart disease, lung disease, pregnant women, the elderly, and young children – should refrain from strenuous physical activities in the region, the ministry said. As the rain spread southward starting on Sunday night, the dust pollution was expected to decrease, the ministry added." 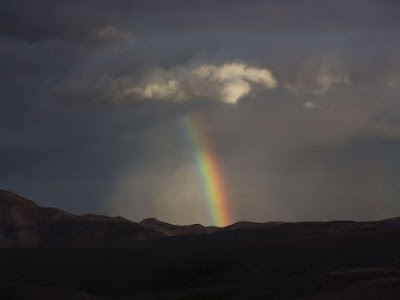 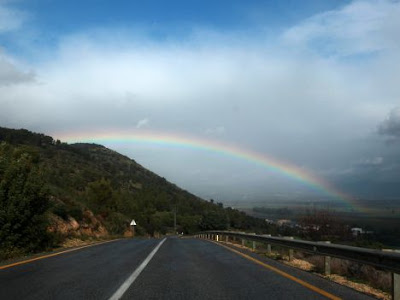 Below is an excerpt, but read the whole post from YeranenYaakov