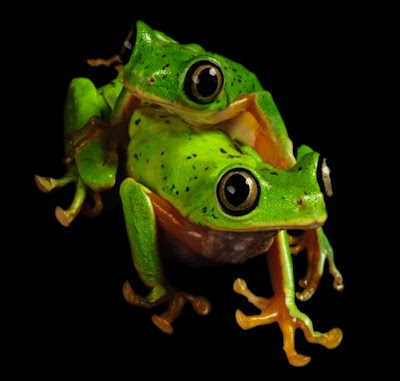 "There was a carpet of frogs"

...Greek officials say a horde of frogs has forced the closure of a key northern highway for two hours.

..."millions" of the amphibians covered the tarmac Wednesday near the town of Langadas, some 12 miles east of Thessaloniki.

...crushed remains of thousands of tiny frogs stain the Egnatia highway in northern Greece, after the tarmac was covered by a horde of small amphibians 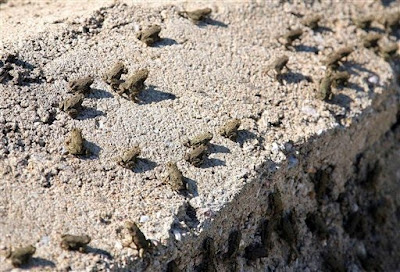 See also: Plagues of Egypt
YeranenYaakov
After this are the Plagues of:
Lice
Flies
Death of Livestock
Boils
Hail
Locusts
Plague of Darkness
Death of the Firstborn
Could the Hailstorm in Oklahoma be a Plague?
see also Tzfardei'a
Posted by Neshama at 8:14 PM