More Than Historic: an EPIC Flood


MEMPHIS, TENNESSEE - The Mississippi River continues to rise, so much so that its tributaries are starting to flow backwards.

A Slow Moving Disaster rolling down the Mississippi River

"A flooding tributary threatened to cut off Interstate 40, a major east-west route through Arkansas, and the Army Corps of Engineers planned to blast a new breach in a Missouri levee in hopes of controlling the slow-motion disaster flowing downriver."

"I've never seen it this bad," said 78-year-old Joe Harrison, who has lived in the same house in Hickman since he was 11 months old. Floodwaters turned his house into an island - dry but surrounded by water." 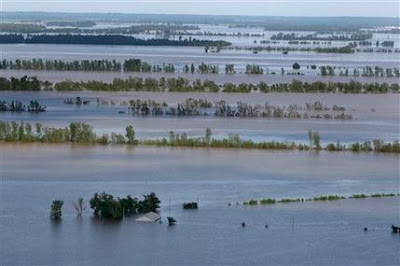